A number of self-help measures may be recommended to avoid or reduce the symptoms of motion sickness: Keep motion to a minimum (sit in the front of a car, over the wing of a plane or in the middle of the deck on a boat) Breathe fresh air Close the eyes/try to sleep Do not read or watch films Focus on a fixed spot above the horizon Avoid heavy meals or alcohol before travel Drink plenty of cold water to ease nausea and avoid dehydration Break long journeys if possible Relax and remain calm – symptoms are more likely to occur if an individual is stressed. For those who do not wish or are unable to take traditional medication for motion sickness, a number of products are available. Ginger has long been used to combat nausea and, although there is little scientific evidence for its effectiveness, many people find it beneficial. It is available in a variety of formulations including tablets or capsules as well as tea and ginger biscuits. Acupressure bands claim to work by applying pressure to a particular point between the two tendons on the inside of the wrist. Again, there is little scientific evidence to show how they work to prevent nausea, but they have no adverse effects and may be an option.

Pharmacological preparations for the treatment of motion sickness consist of either hyoscine or a sedating antihistamine. All preparations should be taken before travel because they are of little benefit once an individual is experiencing symptoms. Hyoscine is an antimuscarinic (anticholinergic) drug. As hyoscine butylbromide, it is used to reduce intestinal motility and relieve the pain of gastrointestinal smooth muscle spasm. The hydrobromide salt of hyoscine is used in motion sickness preparations. It is also known as scopolamine hydrobromide and works by reducing the release of acetylcholine by the vestibular system, and hence the subsequent stimulation of the vomiting centre in the brain. It is the most effective drug for the prevention of motion sickness and is available as chewable 150mcg or 300mcg tablets and as self-adhesive patches. The tablets are suitable for children aged three years and over at a dose of 75mcg, repeated once after six hours, if necessary. Children aged between four and 10 years should take between 75mcg and 150mcg every six hours as required, up to a maximum of 450mcg a day. Adults and children over 10 years may take 150mcg to 300mcg every six hours as required, up to a maximum daily dose of 900mcg. The tablets should be taken up to 30 minutes before the start of the journey. Hyoscine patches release approximately 1mg of hyoscine over 72 hours on application to a clean, dry, hairless area of skin. They should be applied five to six hours before the journey. They are not recommended for use in children under 10 years of age. Patients should be counselled on the importance of thoroughly washing their hands after applying or touching the patch. Only one patch may be applied at any one time and the application site should be washed after the patch has been removed. The most common side effects of hyoscine are the typical anticholinergic effects of dry mouth, constipation, urinary retention, drowsiness and blurred vision. Hyoscine should be avoided in people with angle-closure glaucoma or prostatic enlargement and used with caution in patients with urinary problems, hyperthyroidism and hypertension or heart disease. Sedating antihistamines cinnarizine and promethazine are also used as the active ingredients in some motion sickness preparations. Antihistamines are slightly less effective against motion sickness than hyoscine, but tend to be better tolerated. They need to be taken two hours before travel, which can be problematic, but their effects last longer than hyoscine. The dose for cinnarizine is one 15mg chewable tablet two hours before travel for children aged five to 12 years, with an extra 7.5mg every eight hours if necessary. Adults and children over 12 years should take 30mg two hours before travel and 15mg every eight hours if necessary. Promethazine is available as hydrochloride and teoclate salt. Promethazine teoclate has a longer duration of action than the hydrochloride. Adults and children over 10 years should be advised to take one 25mg tablet the night before travel, repeated six to eight hours later if necessary. Children aged five years and over may take half the adult dose of promethazine teoclate. Promethazine hydrochloride is available in a liquid formulation. A dose of 5mg for children aged between two and five years or 10mg for children aged between five and 10 years may be given the night before travel, and repeated after six to eight hours if needed. Sedation is very common with these antihistamines, particularly promethazine, and it is often recommended that it is taken at night, with a second dose the following morning if necessary. Other possible side effects include headache, antimuscarinic effects and, more rarely, photosensitivity. Sedating antihistamines should not be recommended to people with angle-closure glaucoma, prostatic hypertrophy or urinary retention and should be used with caution in patients with epilepsy.

Why does it happen?

Nausea and vomiting occur when the vomiting centre in the medulla oblongata (the part of the brain controlling autonomic functions: breathing, digestion, heart and blood vessel function, swallowing and sneezing) is stimulated by one or more of three sources. These are the chemoreceptor trigger zone in the medulla oblongata, visceral afferent nerve input from the gastrointestinal tract or cerebral cortex and, as occurs in motion sickness, the vestibular system. The vestibular system controls balance by providing sensory information from the eyes, ears and skin to the brain. The inner ear is made up of three semicircular canals containing fluid and sensory hair cells, which detect rotational movements of the head. The ends of the semicircular canals connect with the utricle, which senses horizontal movement and is also connected to the saccule, which senses changes in vertical acceleration. When conflicting information is received from the inner ear and the eyes – for example, when an individual is on a boat, the inner ear senses movement but the eyes do not – neurotransmitters including acetylcholine and histamine are released by the vestibular system. Histamine and acetylcholine receptors in the vomiting centre are stimulated and vomiting occurs. Motion sickness preparations are therefore aimed at antagonising these histamine and acetylcholine receptors.

Presentation: Mrs Roberts would like some advice. “My daughter Molly is going on a school trip next week. She is always car sick and I am worried she will be sick on the coach. What can I give her that will last for the whole day so that she is covered for the trip there and back?” This is a common problem and a question often asked of community pharmacists. Counselling points: The most effective treatment available for motion sickness is hyoscine hydrobromide. However, its duration of action is not as long as other, antihistamine-based, motion sickness preparations. Cinnarizine may be a suitable alternative, although its effects only last for around eight hours. Promethazine may last longer, but is significantly more sedating, which may be a problem. Mrs Roberts opts for the cinnarizine. Molly is eight years old, so you advise Mrs Roberts to give her one 15mg tablet two hours before she is due to travel. If school will allow it, a second dose of half a tablet may be taken eight hours later if required. You warn Mrs Roberts that her daughter may be a bit sleepy after taking this medication. Other advice you can offer is to ensure Molly has plenty of water to drink during the trip and that she asks the teachers to sit her at the front of the coach so that she can look straight ahead at the horizon.

Presentation: You are conducting a medicines use review on Mrs Davies, one of your regular customers. As you get to the end of the review she mentions that she and her husband, who is also one of your customers, are going on a cruise next month. It is the first cruise they have been on and she is concerned she may be seasick. “I always feel dreadful on boats, so I want to take something with me just in case it happens on the cruise ship. I don’t want to feel sick for a fortnight!” Counselling points: Mrs Davies may be reassured that she is much less likely to experience seasickness on a large cruise ship because they are relatively stable and she is unlikely to be aware of any movement. Even if she does feel ill, it is likely that her symptoms will improve after two or three days. She decides she would like to take something just in case so, after checking she is not taking any regular medication that may interact, you recommend hyoscine (scopolamine) patches. The patches are perfect for people going on long journeys because, once applied, their effects last for up to three days. The patch should be applied five to six hours prior to travel to a clean, dry, hairless area of unbroken skin behind the ear. The customer should be advised to wash her hands thoroughly after handling or touching the plaster. If necessary, a new patch can be applied every three days. It is possible to bathe and shower while wearing the patch and water activities such as swimming are fine, although prolonged exposure to water should be avoided. Mrs Davies asks whether they would also be suitable for her husband. On consulting Mr Davies’ patient medication record, you see that he takes antihypertensive medication as well as tamsulosin. Anticholinergics, antihistamines, belladonna alkaloids, tricyclic antidepressants and medicines that act on the central nervous system all have the potential to interact with hyoscine. You advise against Mr Davies using the hyoscine patches and recommend a non-sedating antihistamine, such as cyclizine or cinnarizine. The self-help tips mentioned above may be useful for both travellers.

Tips for your CPD entry on motion sickness

Reflect Who is most likely to suffer from motion sickness? What dose of hyoscine hydrobromide is suitable for children aged under 10 years? What alternative remedies can help ease motion sickness symptoms? Plan This article discusses motion sickness and the advice that pharmacists can give to patients. It includes information about symptoms, causes, pharmacological treatment, self-help measures and alternative remedies as well as two case studies. Act Read the Update article and the suggested reading (below), then take the 5 Minute Test. Update and Update Plus subscribers can then access answers and a pre-filled CPD logsheet at chemistanddruggist.co.uk/mycpd. Read more about motion sickness on the Patient.co.uk website Familiarise yourself with the products for motion sickness stocked in your pharmacy, make sure you know the appropriate doses for children, the patients they are not suitable for, and that you have enough information to discuss alternative remedies with patients Make sure your counter staff are also aware of the motion sickness remedies stocked and know when to refer Evaluate Are you now confident in your knowledge of the symptoms and management of motion sickness? Could you give advice to patients about the suitability of different products for their circumstances? Take the exam 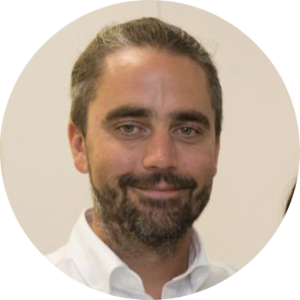