Commenting on his departure, Seb Hobbs, CEO of Well Pharmacy said: “Nigel leaves with my thanks and our best wishes for his next role. It is important for the pharmacy sector to have strong leadership as we seek fair funding for the amazing work Community Pharmacy delivers for the NHS and our patients.”

Well Pharmacy, UK’s largest independent pharmacy chain, is delighted to announce the appointment and promotion of Louis Purchase to the role of Operations Director (Designate). Louis is a Pharmacist and has been with Well for five years, firstly as a Regional Manager leading pharmacy teams across the South West before being promoted into the role of Head of Central Operations.

Louis’ experience is broad across the pharmacy sector having also worked in operational roles at Boots UK and a large family-owned independent pharmacy chain. Louis is a member of the GPhC standards setting panel.

“I’m excited to step up into the role at such an important and exciting time at Well. Our Delivering Well strategy is clear and sets out our path to build the best pharmacy experience in the UK and make a real difference to the health and wellbeing of our patients. As a Pharmacist I know first-hand how our community pharmacy teams help alleviate pressure on the NHS and at Well we’re working to harness technology-led solutions to give our Pharmacists and pharmacy teams more time to provide care for their local communities.”

“I am thrilled Louis is taking on the role of Operations Director (Designate). His broad experience across the sector, understanding of Well and leadership capabilities make him the ideal person to lead and inspire our pharmacy teams. His promotion further evidences the career development opportunities available at Well and I am delighted that our Executive Committee will now have three pharmacists as members, making it even more inclusive and representative of our business operation.” 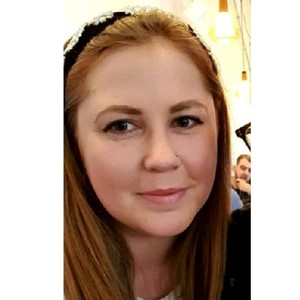